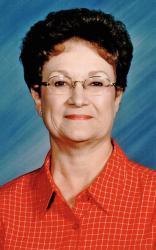 Mary was born in St. Louis, Missouri on December 9, 1945, a daughter of the late Dominic & Geneva (Jaeger) Ross.

She was the wife of Lawrence A. Smith, Jr.  They were united in marriage on June 13, 1964, in Pond, Missouri. Lawrence survives at the home.

Mary was a teacher and administrator in the New Haven, Sullivan, Washington, and Hermann schools.

Visitation will be held Wednesday, October 9 from 9 to 11 a.m. at Toedtmann & Grosse Funeral Home, New Haven, where funeral services will follow at 11 a.m., with Rev. David Poe officiating.

Burial will be at New Haven Cemetery. Memorials may be given to American Cancer Society.  C/O Toedtmann & Grosse Funeral Home.